Things to do in Tenerife

Tenerife offers so much more than just a relaxing beach holiday. The island offers wealth of attractions to suit all tastes and ages. From spectacular water parks and superb diving to pretty villages and spectacular national parks. Our guide looks at some of the highlights the Island of Tenerife has to offer.

Our guide to the best Things to do in Tenerife

Take a cable car directly over a unique landscape of craters, volcanoes and lava rivers to the top of Teide Volcano, which rises to 3,718 metres above sea level making it Spain’s highest peak. Sulphurous fumes rising from the crater are a reminder of the volcanic activity deep inside this dormant volcano.

From the summit a network of vantage points afford wonderful views across the island and beyond.

There are viewing platforms at the upper cable car station and a series of walking trails which offer wonderful views of the island and beyond.

Location – The Teide Cable Car is located in the heart of Teide National Park in the centre of the island. It is easily reached by car. The lower cable car station has free car parking, rest area, cafe, shop and a buffet restaurant with magnificent views of Teide National Park. If you don’t have your own car there is a bus service from the north and the south.

This Thai-themed water kingdom is one of the best water parks in the world. Siam Park has something for the whole family from a lazy dinghy ride down the Mai Thai River (the world’s largest lazy river) past lush vegetation and cascading waterfalls to the white-knuckle Tower of Power slide, which plunges you down a near-vertical 90ft drop.

If you are looking for more thrills try the Naga Racer, it’s a head-first 6 lane race to the bottom or brave the Mekong Rapids but remember to hold on tight for the heart stopping descent on your 5-seater raft. Younger guests will love to explore The Lost City as they enter their own water-adventure world.

A free bus service operates around the main resorts in the south of Tenerife (Costa Adeje, Los Cristianos and Playa de las Americas). This regular service is available free of charge to anyone that has bought a ticket that includes Siam Park.

A range single and multiday Siam Park Tickets are available, the twin park ticket with Loro Parque is also great value for money.

Originally founded as a paradise for parrots, this world famous park allows you enjoy close-up animal encounters as you wander past the spectacular habitats created to replicate their natural environment including a massive ‘Gorilla’s Jungle’.

There is chance to see amazing shows featuring Dolphins, Killer Whales and Sea Lions or discover the Antarctic at Planet Penguin, home to an iceberg with over 200 penguins. Get face to face with the magical creatures that inhabit the oceans at Loro Parque’s Aquarium.

Other attractions include the shark tunnel, a baby parrot station and a large orchid garden.

A range of single and multiday Loro Parque Tickets are available.

Tenerife is one of the top three whale and dolphin viewing destinations in the world. Around 28 species of resident and migratory whales and dolphins feed in the warm waters between Tenerife and neighbouring La Gomera including pilot whales, sperm whales and bottlenose dolphins. 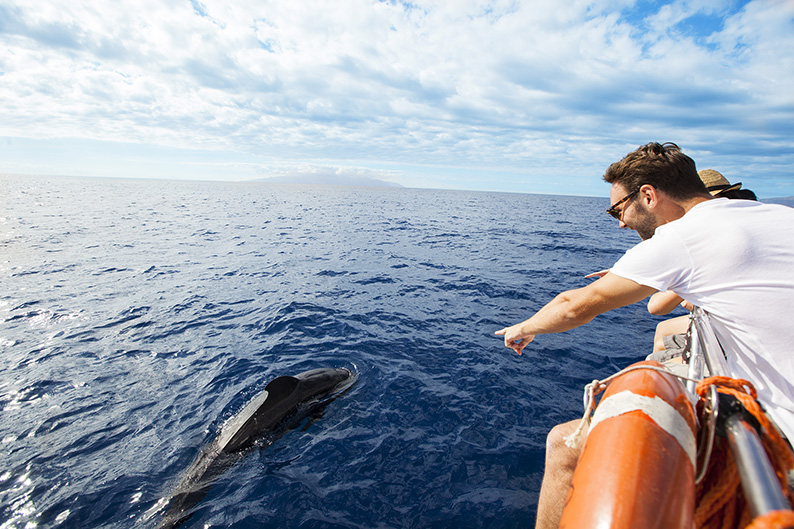 See whales and dolphins in their natural environment on a relaxing cruise trip around the beautiful west coast.  Includes lunch and refreshments and an opportunity to swim and snorkel in the clear waters of a secluded marine reserve.

Perched a rocky plateau in the Teno Mountains in northwest Tenerife, the village of Masca was cut off from the rest of the Tenerife until the 1970s and has changed very little in centuries. The journey is not for the faint hearted it can only be accessed via one of Tenerife’s most nerve-jangling roads from Santiago del Teide.

Masca is one of the most picturesque parts of Tenerife. Spectacular rock formations, deep ravines and lush vegetation surround the narrow winding roads that lead to the village where the houses sit precariously on narrow ridges. The village has a small museum and a handful of good restaurants Masca ravine is one of the most spectacular in the island. Its descent, down to the sea, is awe inspiring. Many of the organised hiking tours end at the beach at the bottom of the ravine, where a boat collects hikers to take them back to one of the coastal towns.

Once the wealthiest town on Tenerife, Garachico was engulfed in lava by an eruption in 1706. Today it is one of Tenerife’s most popular day-trip destinations, where swimming in rock pools hewn from the lava is a unique experience. 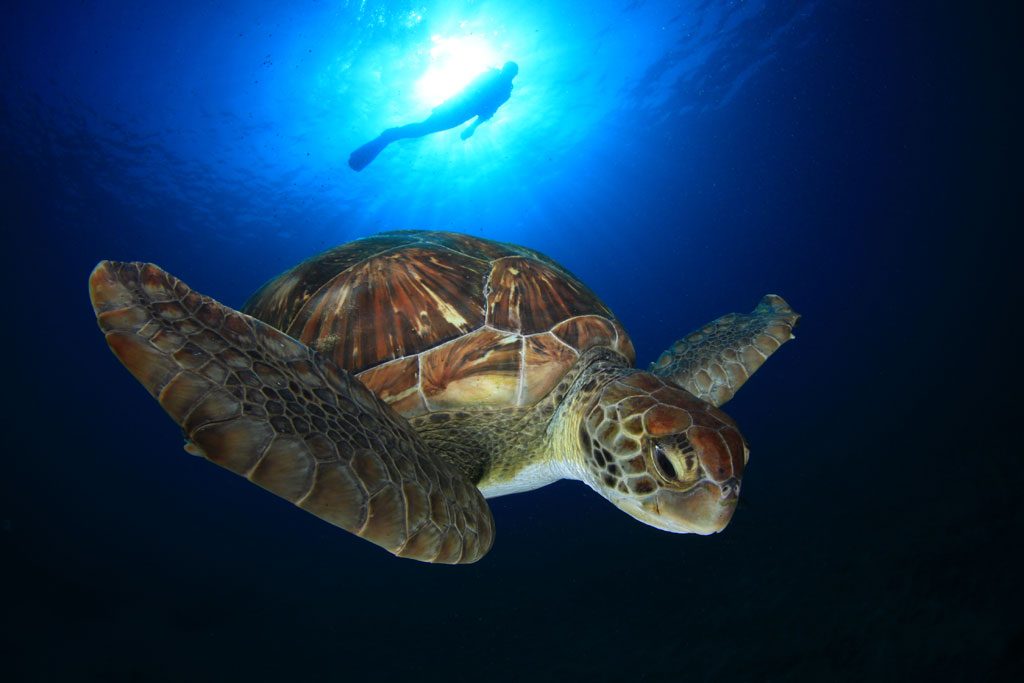 Tenerife has some excellent hiking paths, but because they are not widely known, you can easily walk for hours and not meet another soul. The best hiking is in the Anaga Mountains, in Teno National Park and in Teide National Park itself, where the ultimate challenge is to reach the peak of Mount Teide on foot. 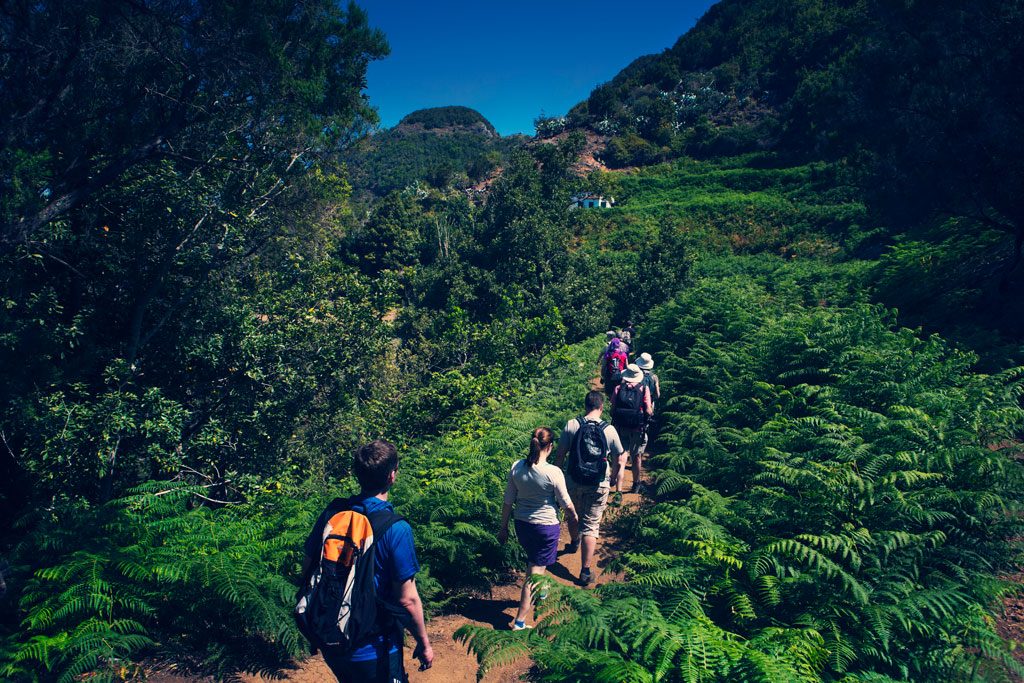 Cueva del Viento is the largest volcanic tube in the Europe and the fourth largest in the world. It runs for 11 miles in a three level labyrinth of tunnels beneath the Icod de los Vinos region. There are guided tours in English. 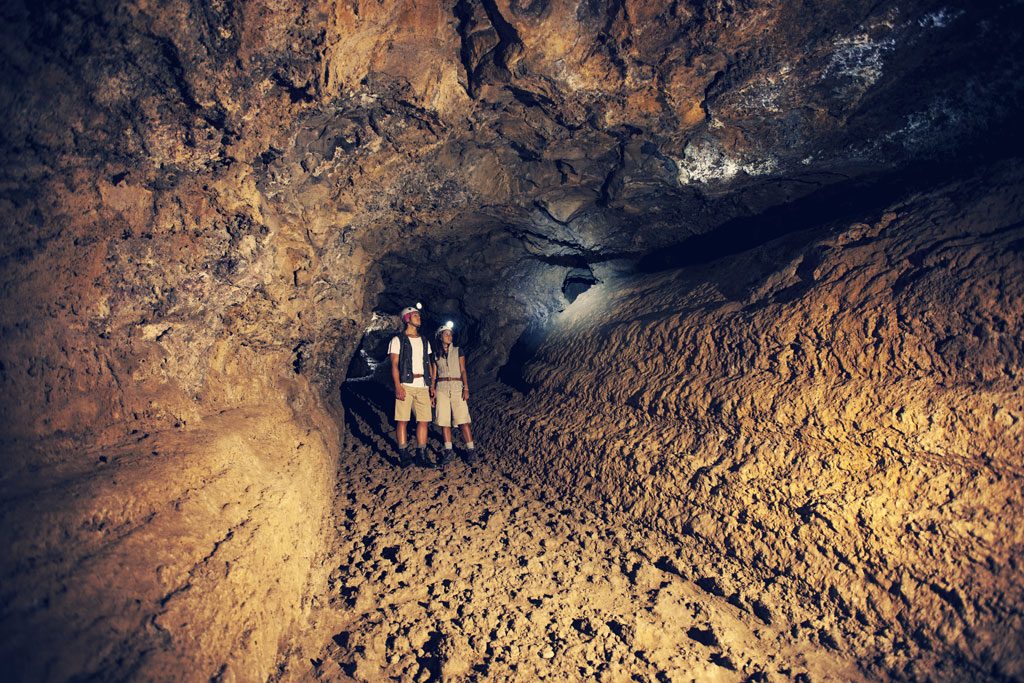 A well sign-posted trail leads from the depths of the Mercedes Forest to the coastal resort town of Punta del Hidalgo. The track passes through an ancient rainforest that pre dates the Ice Age and through a troglodyte hamlet where a cave restaurant serves traditional regional dishes. The mountain path has fabulous views of the ravines and craggy rock outcrops, while steam rises from the dense forest canopy below. This is a side of Tenerife untouched by tourism.

Tucked away in the shelter of a small bay in south Tenerife lies the exclusive beach resort of Playa del Duque.  With its manicured pale sand, calm waters, thatched parasols and blue and white striped changing huts this upmarket resort has a distinctly Caribbean feel.

Overlooking the beach you will find chic cafés, luxury shops and a collection luxury hotels in surrounding Costa Adeje